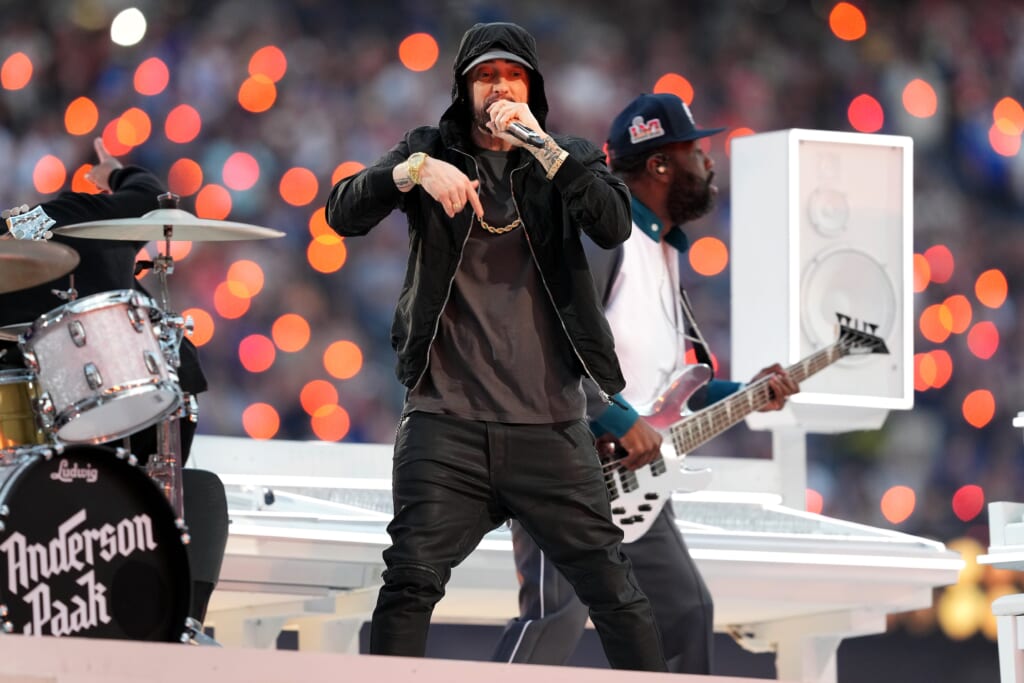 After delivering two of his greatest hit songs, “Lose Yourself” and “Forget About Dre”, the iconic rapper revealed his new kicks on Instagram.

The Detroit native’s sneakers featured a black, white and red colorway with a translucent outsole.

A pair of Carhartt X Eminem Air Jordan, one of just 10 pairs ever made per the Detroit Free Press , was sold at auction in 2018 and the money went towards the Charities Aid Foundation of America.

Considering the huge stage the Air Jordan 3 PE was on and the historic significance of the Super Bowl LVI halftime show, the Jordans will likely result in a massive bidding war if they are put up for charity auction.